Longevity and having children 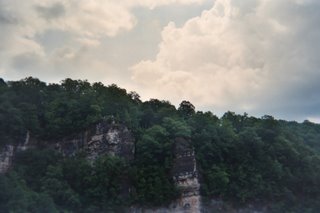 In a recent (Sept. 2006) issue of the AARP Magazine, Joe Treen has an interesting scientific article on longevity. One particularly interesting observation is that many people who live to be over 90 or 100 did not have children, or at least did not have many children. This observation would contradict "family values" arguments that married people with kids live longer, and also that women who postpone or avoid childbearing may be at greater risk for breast cancer.

He talks about "disposable soma," a tendency that genes that promote reproduction (and the ability to be personally competitive enough to reproduce) may promote faster aging. People who live very longer seem to eat less and taken in fewer calories, which may signal to cells the idea that they should dispose of free radicals -- ions with unpaired electrons that oxidise or "rust" cells faster (remember your college chemistry!). Most of them did not smoke and exercised a lot. Indeed, however, the agressive behavior sometimes associated with overly exhuberant heterosexuality (Masters & Johnson style) seems to be associated with faster deterioration later.

The study of aging is also associated with the study of cell immortality, knowledge which could lead to much less toxic and more universally effective treatments for most malignancies.

Promotion of longevity ,as associated with reverence for life as conservatives see it, would have to be accompanied by a determination of corporations and employers to keep seniors working much longer, rather than regarding them as health insurance liabilities and as "moral hazards." It will also raise questions about filial responsibility and commitment of adult children (even those without their own children), as noted on entries below.
Posted by Bill Boushka at 3:21 PM

High! Interesting blog you have here. I like it!
You are wellcome at my drug search engine:
http://myviagra.sbn.bz/ - viagra
http://soma.sbn.bz/ - soma
http://mytramadol.sbn.bz/ - tramadol
Have a nice day!

This one is on the borderline for being accepted. I guess the products are legal and maybe they prolong vitality for some people -- but there was a snafu in how she characterized the search engine.