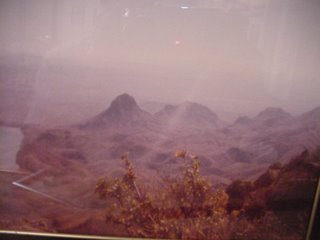 Cheryl Wetzstein has a series in The Washington Times, starting Dec. 26, 2006, "U.S. out of love with marriage" that starts with a mention of this film and of how important George was to his family. Link is here.

As noted elsewhere in the blogs, the problem is existential. Is it important to be one’s own person first, or to create a committed family structure first? It is a kind of chicken-and-egg question, but we need to understand it that way.

Is marriage a public institution that we share, or is it a private experience that becomes a certain public expression? The question is philosophical, but it has tremendous policy implications for how people will do, especially LGBT people.

Some of the ideas in the Times article on p A12 include:
. preserving marriage for one man and one woman
. discouraging cohabitation
. discouraging recognizing civil unions and non marital domestic partnerships
. provide government support for marriage and abstinence education
. reduce the ease of no-fault divorce (especially when there are children); encourage covenant marriage
. reform welfare to encourage marriage
. double personal income-tax exemption for children to $6400 and child tax credit to $2000
. Provide universal tax credit per child to age 5 of $2500
. in social security, give a married mother three years of employment credit for each child

Actually, some European countries have tried to make their policies much more child friendly (especially with paid maternal and paternal leave, which we don’t have as a legally driven mandate in the U.S.) without creating social friction among the childless.

Nevertheless, it seems clear that these policies, in combination with stronger filial responsibility laws, could put people disinclined to marry (heterosexually) and function as parents at a serious disadvantage compared to people who marry and have children earlier. On the other hand, early child bearing today often puts women especially at a serious disadvantage. However, is it really good for marriage to make it (and the family bed) almost "compulsory" as a step toward social acceptability as an adult?