Army will recruit those with criminal records, turn away those who say they're gay 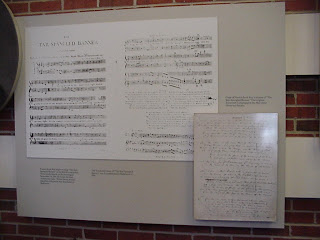 The Army seems to be reaching deeper into the world of people with misdemeanor and some felony convictions in order to meet recruiting goals. The nice word for this is "conduct waivers." The rate has gone up to 11% in fiscal 2008 from under 5% in fiscal 2004.

This all seems really ironic in the days of "don't ask don't tell" (codified into federal law in 1993). You go back and read one of the major books about the ban (Joe Steffan, Jose Zuniga, Margarethe Cammermeyer, Reichen Lehmkuhl) you really get a sense of how off-base this has gotten.

Of course, think about all this in combination with "stop-loss" (as in the recent film) and the "backdoor draft."

The latest news on attempts to repeal DADT in Congress are at SLDN here.
Posted by Bill Boushka at 6:07 PM