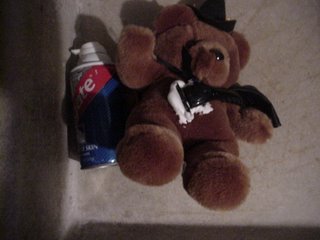 Chutzpah – blogs and profiles: a big story in 2006

One of the most alarming developments during the past year has been the repeated media reports about the rapidly increasing concern employers have over the blogs and social networking site profiles of job applicants and individual employees.

I have expected this kind of problem for a long time, since around 1999, partly out of legitimate concerns about confidential information or trade secrets in the workplace, and of inadvertent distraction of stakeholders – essentially a kind of “conflict of interest.” My own situation with my involvement in the military gay ban and the job I had in the 1990s had given me a lot of reason to think about this.

Some of this concern, however, may be slipping into more nebulous concerns about appearances and social conformity – something we sometimes call “reputation.” Already, companies that claim they can manage your online “appearance” and “reputation” are cropping up, and we may see a day when employers use these companies to manage what their associates do off line.

One kind of situation you often hear about is people not getting jobs because somebody saw a video of their underage drinking on their myspace or facebook profile. An employer will probably say something like this: we don’t want to interfere with free speech. You can argue for lowering the legal drinking age (or even age of consent) or even for legalizing marijuana in an essay, and that is fine. But just don’t depict yourself as doing it or having a propensity to do it (the latter part gets tricky – just look at the military gay ban and then at defamation law regarding fiction). That creates a liability risk for us if we hire you, and then our clients find you online. Another way to put it is something like this: Your personal stuff can be fun and mostly inconsequential, but if you want people to take it seriously, be prepared, because you might just get what you wish for.

Maybe. It’s easy to make false analogies here, the kind that you would miss on an SAT test. I can recall thirty years ago that people didn’t want to be “caught” on live television at gay parades or at MCC churches. In fact, going back maybe a half century, police tactics of publishing the names of those arrested in gay bar raids reflecting a similar kind of thinking.

In the past dozen or so years, the mathematics of binary searches has given the ordinary person an unprecedented asymmetric opportunity. With almost no startup cost (“free entry”) someone can put his thoughts on the Web in a personal site, blog or social networking profile, and someone in Pakistan can find it in a search engine within days thereafter. This is profound. When I worked on my first book in the mid 1990s (“Do Ask Do Tell”) I didn’t really grasp the significance of this development. This sounds like the ultimate idea for direct world democracy. But it also provides unquantifiable, although usually very remote, risks, to oneself and possibly to others around oneself, including the workplace, residence and especially family. We are beginning to question if unlimited free entry to the world public stage is such a good thing, and if there should be more rules, at least based on the kind of job you have. Already, social networking companies and blogging publishers are offering whitelisting capabilities, that would restrict the audience to a known list. And major litigation (as well as new legislative efforts) goes on regarding how to protect minors (COPA). One obvious issue is educating high school students on the legal responsibilities that come with showing up on the public stage.

Free speech as the First Amendment spells it out actually has several components, including assembly, expressive association, faith (or no faith), and, yes, individual speech and to some extent access to the press. The concepts are subject to interpretation and parsing. In practice, many people of older generations are used to a concept where the right to be heard has some functional dependence on one’s performance in taking responsibility for others (heading a family). That does not sit well with modern individualism (at least it reinforces the importance of competing in a social or political hierachy), and is questionable when applied to the First Amendment, but chutzpah certainly does challenge religious cultures and is particularly troubling in the Islamic world, as writers like Manji and Bawer have recently explained in brilliant books. (Self-published debate also challenges the hegemony of special interests and partisanship.) There certainly is a mapping between the issues of individual expressive freedom as we are encountering them now with the Internet and some of the ideological issues that are driving some of our international risks and struggles.

We enter the new year with abundance of caution.

Hey I was just wondering about this!! I only a couple of days ago wrote wbout it on my blog!

Anonymous said...
This comment has been removed by a blog administrator.
8:47 AM

Anonymous said...
This comment has been removed by a blog administrator.
12:59 AM