Following up on a zoning and property tax controversy; more infrastructure issues locally 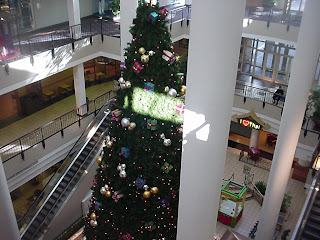 Today, I checked in person at Arlington County VA government center about the concern I raised on this blog last year, about zoning and real estate taxes. Remember that in 2007 Virginia passed a law allowing certain counties the option to raise tax rates on commercial properties. Some people expressed concern that residences where home-based businesses (which are allowed for most “reasonable” activities that don’t affect the appearance of or traffic [and parking] to a property, and don’t involve hazardous materials or noise) could cause commercial rates to apply. At board meetings in 2007, one or two speakers had raised questions about telecommuters, for example.

I moved from the zoning office to the tax office to the real estate assessment office, where the personnel said, no, a residence that stays within allowed use of a residence (including HBB’s) pays only the residential rate. It’s true, the County website hasn’t gotten around to stating this anywhere.

It appears that day care could be an issue with some people. It looks as though permits aren’t required until more than a certain number of children (other than one’s own) are care for (check the site). But the home based business page doesn’t explicitly address it.

Apartment buildings often have variances to allow businesses (like doctor’s offices) on the first floor, and some commercial buildings have residences on upper floors. Owners or management companies for such properties receive assessment statements that show both commercial and residential breakouts from the assessment computer application.

These issues will exist in almost all local governments around the country, but local government websites are not always clear on how the rules apply. Condominium associations or sometimes even neighborhood covenants sometimes specify additional regulations, as would rental landlords.

The other big story in the Washington DC area today is a massive water main break in suburban Maryland, which caused a flash flood on a major road, causing difficult rescues for several motorists. The pipe in question as 66 inches wide, made of cast iron and/or concrete, which can fracture with sudden hard freezes, and relatively new (1964). This is only a hint of the problems we face with basic infrastructure, while local governments and states as cash strapped. Barack Obama is going to have to put a lot of people to work with printed money.
Posted by Bill Boushka at 2:13 PM