Getting down to using common sense in reforming health insurance 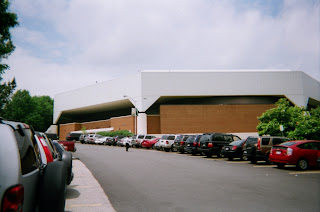 The paper notes that the president insists that reform be paid for, and it sounds like, yes, the president wants to soak the rich.

The Post makes some comments that the pre-tax benefit for recipients of employer-provided health insurance is becoming counterproductive in terms of “the common good” and The Post (not just the Washington Times) objects to the idea of letting the government compete with private insurers.

However, it looks like we really do need to look at how well systems in countries like Switzerland, Germany, and Taiwan work. They are not totally public, and services are provided by the private sector and to some extent insured by them. But there is mandatory, universal coverage, guaranteed issue, and no exclusion for pre-existing conditions. Remember, at least according to a recent PBS documentary, people don’t go bankrupt in those countries because of healthcare. It’s unthinkable, even in the most capitalistic of the system, Switzerland.

These seem to form some of the essential components of getting universal health coverage done. Maybe the government should not be a competitor, but mutual non-profit private insurance companies provide a good model (as in Minnesota, where health insurance seems to work better than in most other places other than those with mandatory insurance). An important component is encouraging preventive care starting in youth. And the “social contract” itself may need a good look, as other postings here have noted.