Insensitive state legislator in Mississippi expects mom on Medicaid to pay for her daughter's insulin, suddenly 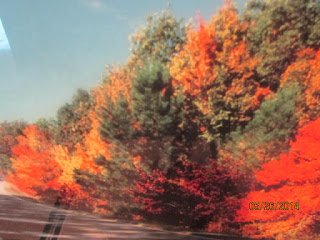 I’m not sure if this has anything to do with the Medicaid expansion associated with Obamacare.  But a mother with a child with Type 1 diabetes says she has had more trouble getting insulin supplies than in the past under normal Medicaid, and she wrote some state legislators.  One of the wrote back, asking if she would consider paying for the meds herself from the money she “earns”.

Posted by Bill Boushka at 6:36 PM No comments: 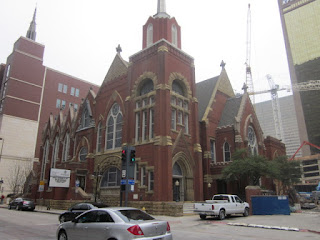 The ruling from the Supreme Court, curtailing the Texas law requiring doctors to have admitting privileges and requiring clinics to have hospital-like capabilities (Wiki ), showed Kennedy as a pragmatist, resulting in a 5-3 ruling.  The majority said that the provisions created an undue burden on rural women, creating a requirement for expense and travel, to exercise what is still a constitutional right.

The ruling will probably affect similar laws in other states (Politico story).

Recently, I’ve seen a woman (Hispanic) carrying a begging sign on the DC Metro, “I’m pregnant”.  My thought is, I didn’t make that baby. Why should I be "responsible"?  But that would lead to an interesting discussion.  Another right wing objection to the decision was “you don’t need an abortion if you don’t have sex.”  What about openness of others to adoption?

Posted by Bill Boushka at 2:37 PM No comments: 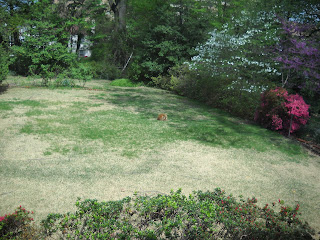 I’ve written a lot about infrastructure, and noted that the power grid stability issue is centered around the ease with which transformers are overloaded and the difficulty of replacing them  (with insufficient local manufacturing).

The underground transformer fire in Arlington VA near a modern apartment complex on June 21 is case in point, Arlington Now story.  It does appear from looking at the Dominion Power outage map that the power is back now (36 hours later).  But look at the expense residents had to go to on their own dime because a utility couldn’t maintain its underground infrastructure. I "own" some DOM stock, so I care. 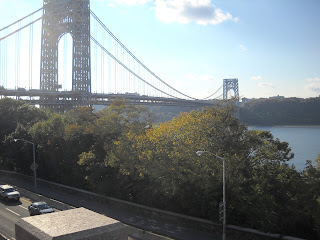 There was a serious weekend manhole fire in the Dupont Circle area of Washington DC about a month before 9/11, when I was back “home”.  Power to businesses was out about two days.

Underground power infrastructure is usually safer from storms, but harder to repair.  Hurricane Sandy caused outages for a week or more in lower Manhattan because Con-Ed’s transformers were not at high enough elevation to escape the flooding.  If I lived in NYC, I’d want to be 200 feet above sea level (34th St or north).  You don’t realize how low the elevation is when you’re there.  DC, as a whole, is higher in most areas.

Posted by Bill Boushka at 5:00 PM No comments: 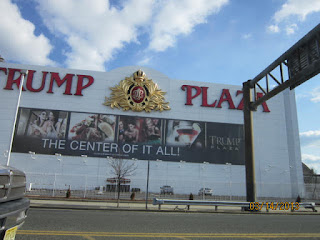 A story by Elinor Comlay in the New York Times ("Deal Book") on June 10 refers to some of the perhaps unintended consequences of “know your customer” rules for financial institutions, trying to print money laundering. The story concerns a business in Atlantic City that handles money transfers and cash services for low income people with relatives mainly in Mexico, including the ability to send money to relatives.  This is a practice, for one thing, that Donald Trump wants to use as a bargaining chip to build his “Green Monster” border wall.

The business reported in the story (Interamerica Express) keeps having business accounts at banks cancelled, because the banks fear compliance problems with the law.
Imagine if the idea of “know your customer” applied in other areas.  Could banks be recruited to serve as auxiliary gatekeepers when people “inherit” estates, for example?
Posted by Bill Boushka at 11:26 AM No comments:

Stanford rape sentence outrage is understandable, but criminal justice, rather than internal campus justice, needs to be used in these cases everywhere

There is a lot of attention to a recent rape on the campus at Stanford, and the “light sentence” of six months given to Brock Turner.  The victim’s letter was read by on CNN Legal View by Ashley Banfield.

Turner will have to register as a sex offender and probably have the rest of his life severely restricted. Yes, the sentence could have been much longer, but recalling the judge seems vengeful.

But the Washington Post makes another good point, that part of the problem is that many campus cases are handled administratively, and Obama administration rules do not let the accused rebut victim’s statements, and typically male students can be thrown out of school “on the preponderance of the evidence” for what they claim were consensual acts.  KC Johnson and Stuart Taylor make the case that the criminal justice system, rather than local civil campus administrative systems, should play a larger role in these cases, with more police involvement on campus when necessary.   In the long run, use of conventional law enforcement will result in more appropriate justice and punishment of perpetrators.

I can remember, when living on dorms, that heterosexual men varied a great deal on how recklessly they would behave, and only a minority had a problem with alcohol (which now is illegal under 21).  A relatively small but still significant minority of male college students has a real problem with self-control and impulse restraint.  There is a tendency for some of them to claim consent or some kind of sexual entitlement.  Both genetics and upbringing (“affluenza”) bear on behavior in these situations.

Posted by Bill Boushka at 8:10 PM No comments: 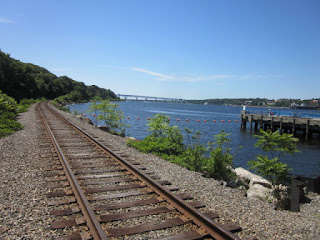 Thousands of homes in Connecticut, mainly the northeastern part, are in danger of becoming “worthless’ as foundations crumble, as a result of a quarry and concrete operation from the 1980s that resulted in material with too much iron sulfide.  Kristin Hussey and Lisa W. Foderaro have a story on p. A16 of the New York Times here.  The symptoms are that homes will have very loud pops and shakes in a succession suddenly.

However I recall that in Texas in the 1980s, people would wet their foundations in the summer to prevent cracking, and it is possible to repair foundations by pumping more material in.

The land would still be of value in many cases;  but houses could have to be raised and rebuilt.  There have been scams,but some foundations can be repaired for about $200000.  Since the houses are thirty years old, many mortgages should have matured.

The state has a political problem in how it can help the homeowners with special bonds.

Posted by Bill Boushka at 7:54 PM No comments: 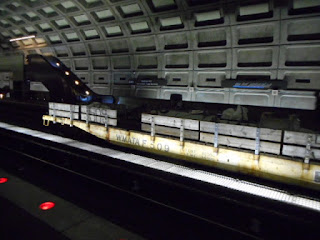 The idea of just giving everyone guaranteed basic income has caught on with progressives, like on Vox, but now libertarian Charles Murray is proposing the idea in the Wall Street Journal.   This replaces all other programs, including Medicare and Social Security, and everyone gets health insurance for a set price a year (like $3000).   It's not clear what happens to seniors already receiving benefits.

Murray’s idea is that the idea would help build social capital and localism while jobs go obsolete and workweeks shrink.

Posted by Bill Boushka at 9:05 PM No comments:

Tornadoes don't seem to track to climate change, but wildfires and strong hurricanes may 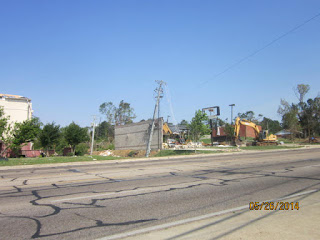 Has climate changed increased the risk of natural disasters already?

It’s a pretty mixed picture.  But look at the history of tornadoes in the Washington DC area, as reported by the Washington Post.  One of them may have affected the War of 1812 (favorably).  They are pretty spread out throughout history.  /  One of the effects of a warming earth is that the polar latitudes warm up more.  So cold air masses that cause lift  and convection may actually be weaker.  Severe tornado outbreaks in the Midwest have always happened, but it seems that the really large storms in the southern plains may have increased.  In the mid-Atlantic area, Southern Maryland seems a little more vulnerable, as are some areas in particular relation to the Chesapeake Bay, which can add to wind shear in warm front-cold front sequences.  Oddly, in the mid-Atlantic, some of the most destructive storms occur in the fall or earlier in Spring, when cold fronts providing lift and shear may be stronger.

Tornadoes can occur almost anywhere in the US, and even on Earth.  The occur in Europe, and Britain.  They are very common in Argentina and some of Brazil. But improving modeling of future weather has increased awareness, especially on the Mid-Atlantic, that tornadoes can occur.  The threats probably happened when I was growing up, but we were not as aware of them, and trees in residential areas were smaller and younger and not as likely to fall in storms.

Have wildfires increased with climate change?  Anecdotally, it seems as though they have since the late 1980s. The vulnerability of some areas to a single lightning strike or cigarette butt is shocking.  But part of the problem is people building homes  in more remote areas that are exposed, especially in California, the Pacific Northwest, and in Rocky Mountain states.  Nevertheless, the inability of Fort McMurray, in the oil region of northern Alberta, to prepare itself with a brake line (no brush and trees) seems shocking.  Did people have the proper homeowner’s insurance?

What about flooding rains?  I lived in Dallas from 1979-1988, and summers were dry, from May to October.  I don’t recall any spells like the flooding in south and central Texas this year.  The worst day of tornado outbreaks happened in early May, 1979, right after I had moved there.  The weatherman on KXAS or WFAA was Harold Taft, and I recall the saying about barometric pressure that day, “that’s just too low.”

What about the frequency and intensity of hurricanes and cyclones or typhoons?  According to Time, the jury is still out.  But the gradual rise of sea level would seem to put more cities at risk.  We have had devastating Atlantic hurricanes in the past, like Hazel when I was a boy.  The threat of more superstorms (like Sandy) exacerbates the difficulty in maintaining mass transit particularly (NYC is having problems, just like DC, even if they haven’t gotten as much media attention lately, with many Sandy-related repairs to be done yet).

Posted by Bill Boushka at 8:16 AM No comments: