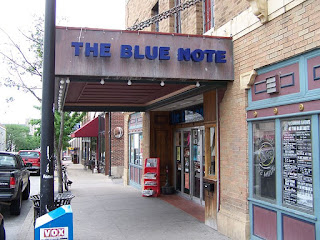 The Supreme Court has ruled 7-2 (Kennedy joining) that states cannot exclude religious or faith-based organizations from fund for public benefit programs that have a secular intent.  The Washington Post story by Robert Barnes is here.

Public domain picture from Wikipedia of Blue Note in Colimbia.
Posted by Bill Boushka at 10:34 AM No comments: 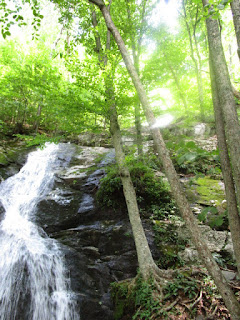 Senate Republicans are about to unveil their “kinder, gentler” health care bill today, which seems (like a grand jury investigation) to have been carried out in secret, Washington Post story (“Power Post”) story by Sean Sullivan, Juleit Eilperin, and Paige Winfiled Cunningham, here.

It's called the Better Care Reconciliation Act of 2017.  Here is Business Insider’s story. The text of the bill (HR 1628) is embedded in this article.

The main feature of the bill seems to be the indexing of subsidies according to income (inversely) rather than age.  It does sound like it will handle the biggest concerns about pre-existing conditions and low to moderate income people, and that will stabilize markets for a while.  But it will weaken Medicaid over time.  It may undermine not only abortion but family planning services.  It could undermine HIV prevention (like PrEP).

Actually, some people say the bill still allows states to waive out of paying for pre-existing conditions (the "states rights" idea, or simple federalism), and Sen. Rand Paul talks about the "death spiral" of Obamacare.

Ironically, McConnell says it strengthens Medicaid and does allow adult kids to stay on their parents’ plans until age 26.  Nursing home care under Medicaid will be weaker and could cause more imposition of filial responsibility laws.

Democrats say the bill won’t guarantee coverages that many Americans actually need. Democrats also say they have only ten hours to debate the bill. No open committee hearings.

I tweeted POTUS recently, that the bill needs subsidies, not Just tax breaks, and some way has to be found to pay for it.  So much for letting the rich off the hook.

Posted by Bill Boushka at 8:18 AM No comments: 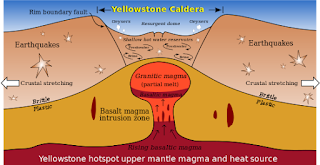 A site called Zero Hedge has put out alarming reports the past two days about an increase in earthquake activity in Yellowstone National Park in Wyoming, which apparently has been followed by a quieting again.  This event is seen as a possible symptom of a massive eruption of the Yellowstone caldera.  The story (with links) was shared on Facebook today by a member of the “doomsday prepper” community.

Some reports claim that there is a 10% chance of a major Yellowstone eruption by the year 2100.  Some claim it could be imminent.   There is one massive eruption every 650,000 years and we are about due.  Each eruption occurs farther east than the previous one.

There are also reports that the US is quietly contacting other nations for possible catastrophe “refugees”.  But it might be possible to house people in private homes in the eastern part of the US, following the “radical hospitality” idea proposed in the past for political refugees and asylum seekers.

There have sometimes been stories that a change of water levels in some lakes in the area could predict an eruption.

A major volcanic eruption would cause an ash cloud that would block the sun’s rays in many parts of the world for some years, reversing climate change.  “The year without a summer” in 1815 resulted from a massive Indonesian eruption.

Of course, when Mt. St. Helens vomited in May 1980, there was a lot of disruption, but that would be dwarfed by Yellowstone. There are some reports that the magma chamber under Yellowstone is much larger and deeper than previously thought, one of the deepest on the planet.

Recently, a young man was severely burned after falling into a hot spring in Yellowstone.  I have visited the area only once, in May 1981, when it was still cold.

Wikipedia attribution link for p.d. diagram of the Yellowstone caldera.

Posted by Bill Boushka at 8:14 PM No comments:

Emergency room doctor: What military bullets do to bodies 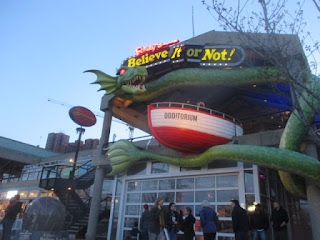 Leana Wen, an emergency room surgeon in Baltimore, has an op-ed in the New York Times Saturday making the strongest case for an assault weapons ban, “What Bullets do to bodies.”

But these are the expanding or tumbling bullets in battlefield weapons.  I think those started with the M16, as I remember from my own Army service.   There was no drill and ceremony manual for the M16, as we learned on the M14.

Posted by Bill Boushka at 8:25 PM No comments:

Some in GOP stand by self-defense rights after Alexandria; will Congress tone down the partisanship when debt ceiling comes up? 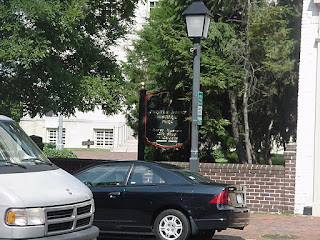 Some of “those Republicans” want looser gun laws, still, and think they would have been safer if carrying their own weapons on the Alexandria, VA baseball field recently. New York Times story.

No, they should have had better security in the first place.

The internal organ damage done by a high velocity weapon is getting coverage in the news today.

Yes, we learned about that in the Army, although I never had to fire an M16.

It’s a little bit reassuring to hear politicians in Congress today saying they need to tone down their partisan bickering and work together. Will they do so soon on something like the debt ceiling? 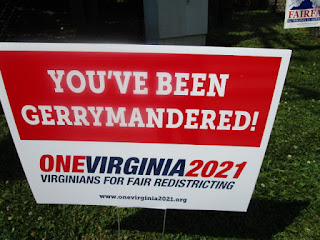 Posted by Bill Boushka at 11:53 AM No comments: 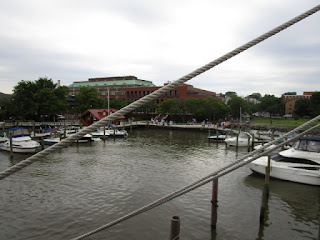 The shootings of GOP congressional staff and aides early this morning at a baseball practice field in Alexandria VA indeed shocking.  From the known facts, it seems to have been “Left-wing terrorism”, more like what could have happened in the 60s and 70s.  There was an incident in 1954 where 5 congressmen were shot.

Also shocking is the partisan question of  the attacker at a congressperson leaving early unaware of the attention, then shooting at people fielding ground balls.

Still, it’s surprising that only two Capitol Police officers were in the area to provide security. Both wounded, they acted heroically; without them, there might have been over 20 people in Congress assassinated.

Normally there is more perimeter security when a significant number of members of Congress, the Cabinet, judiciary, and the like are gathered together in one place.

We know what some people will ask about self-defense.

The shooter had claimed he was a Sanders supporter and had been strident on social media. There will be questions about the violent nature of the Facebook group he belonged to.

Posted by Bill Boushka at 3:36 PM No comments:

One-third of the world's population is overweight, and US leads the way 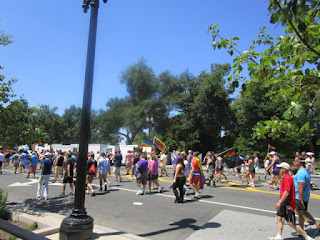 CNN reports that one third of the world’s population is overweight (BMI over 25; over 30 is obese) with the US leading the way.

13% of the world’s children are overweight.

It certainly appears that better educated people in the US have fewer weight problems., Young adult cis gay males are less likely to be overweight than usual (just notice Pride this past weekend).

People in native populations exposed to process foods are more likely to become overweight (and diabetes) than European or African peoples, because they evolved in a culture with less over-prepared food available.  Just like wild animals (mammals) would become diabetic if fed human foods; they stay healthy on what they can catch or forage.

Yet, I’ve always seen the weigh-loss business as rather pimpy.

Posted by Bill Boushka at 2:10 PM No comments: 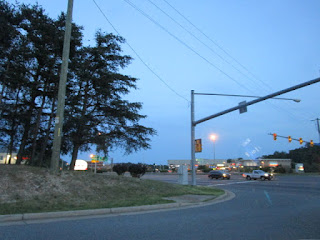 Reality Winner has been charged with illegally removing and transmitting classified information from her job at the NSA, regarding apparent Russian attempts to hack American election terminals in sites that did not have paper backups.  (I have worked on the XP stations myself back around 2007 one election-judge one-day gigs, but we always had paper copies.)

The New York Times has a detailed story on how she got caught, here. This will cause concerns among other journalists.

The Post story on her charging is here. She could face 10 years in prison.  Her attorney and parents have appeared on CNN.

I’ve had only one job (1971-1972 for Navy Department) where I needed a formal clearance.  Handling classified material can be a pain and a risk, unless you want a career in intelligence analysis.  Had I grow up in a more tolerant world, I might have had one.

Vox discusses how this will affect the Comey hearings.

Posted by Bill Boushka at 9:17 PM No comments: 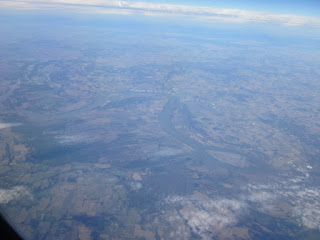 President Donald Trump just announced plans to privatize the the air traffic control system today, separating it legally from the FAA and making it a separate corporation.

ABC News has some analysis, indicating a concern that it will leave a few large airlines in control of what airports have service, eliminating smaller cities, and even higher fares with less federal funding. Trump argues that the taxes on tickets will be lower.

There is some concern over the dichotomy of the idea that TSA took over private screeners after 9/11.  (I even applied for a screener job twice.)

There is also a memory of Reagan’s firing air traffic controllers for striking in 1982.  I remember that well, living in Dallas and using Love Field and Southwest Airlines a lot at the time.

The FAA has been way behind the private tech industry in upgrading its hardware and software systems, using military-based systems from the past when I was growing up.

Posted by Bill Boushka at 10:12 AM No comments: